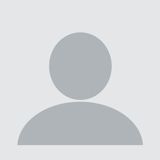 Welcome to my Profile!

Orifice: I chose Lisa Ann's Forbidden orifice. From all the women available, I eliminated the ones that looked weird (the images on the website are such low contrast that it's hard to tell what they really look like, especially in 2D). After that I was left with four or five that I considered. I ultimately narrowed them down to Lisa Ann and Teagan Presley and flipped a coin. Teagan looked tipped up, a little like Joanna Angel, which I already had. Lisa Ann looks at you straight on. I'm quite happy with what I ended up with. Lisa Ann is very nicely puckered and the detail of the orifice doesn't disappear when you enter. It's also has a nice set of cheeks.

Texture: There is a relatively long tight canal with small tightly-space ribs, which then opens up into a wider undulating smooth canal. The undulations don't seem to offer much resistance and this second part just feels smooth to me. I do like the feeling of opening up after a tight entrance, so that's good. I don't like too much texture in constricting parts of the canal, so the ribbed part can feel harsh. For the most part, the tight ribs dominate the feeling, though there is a delightful feeling of relief to push into the wider smooth part of the canal.

Orifice: Tori has nice thick lips. They look great wrapping around your penis. I think this is a very realistic looking and feeling orifice.

Texture: The entrance is one of the least tight that I have. It's missing the feeling I get with Tornado, for instance, of opening up after a tight entrance. Instead, the canal is open from the beginning. The texture has chambers studded with bumps and separated by "tri-lobes": three flaps partially closing off the canal. The bumps differ in each chamber, but that's hard to feel. They all feel really good, though. They're quite gentle because the canal diameter is not overly constricting. The tri-lobes are less constricting and offer less resistance than a tight ring would. One reviewer said he couldn't feel them, and another thought they made a big difference. For me, it's somewhere in between. I feel them mostly as a meaty place where the texture offers a bit of resistance. The focus is definitely on the bumps here.

This is a texture where my ratings don't do it justice. It gets low ratings for intensity, tightness, and realism (nobody has bumps like that) but I would give it one of the highest overall ratings.

Conclusion:
I like bumps, and I like wide canals that give me a choice of where to feel pressure. There really isn't much variation in this texture, but I like what it has, so it's one of my favorites.

Orifice: The orifice looks really nice. It is nicely puckered, and the entry is tipped up slightly in an inviting way. There is a little extra flap of skin on the bottom (toward the vagina). Once you enter, the details of the orifice kind of disappear.

Texture: The texture consists of thick ribs of irregular sizes. The feeling is dominated by the thickest ribs, which make you push through an strong tightening of the canal. There is a lot of intensity because of the repeated tightening of the canal and the ribs between. It's a very different kind of intensity than the fingers in Destroya, but like Destroya the intensity comes from the way that you can't really get away from the seansation so it just builds and builds.

This texture takes on two different personalities, depending on my mood, I guess. When it's too rough, I don't enjoy it as much as most other textures. When it's good, the feeling of passing in and out of the tight rings is pretty nice.

Conclusion:
I never know what I'm going to get from this. It can be good, bordering on very good. It can also be kind of disappointing, in the sense that I wish I was using a different texture.

Orifice: The orifice here is not the most exciting looking one. Misty's lips are small and kind of disappear once you enter.

Texture: The 'grind' part is the Vortex texture, which consists of shallow wide zig-zagging ribs along a varying diameter canal. I also have Vortex, but I don't like it very much because it is kind of rough ('grinding'). The 'bump' part is that here the narrow parts of the Vortex canal have rings of bumps with a rib between them. These narrow places are exactly where Vortex grinds on me --- but that doesn't happen in Bump 'N' Grind because the bumps and ribs (I feel the bumps more than the ribs) are the real point of contact between your penis and the sleeve.

The entrance is moderately tight, though not as tight as Destroya. I wouldn't want it any tighter. After passing through the bumps, the Vortex part of the canal are dominated by the feeling of opening up, which is quite nice. This gives variation and relief from the bumps. I only reach to the end of the first Vortex chamber.

Conclusion:
What can I say, I like bumps and ribs. And here, they're in exactly the right place to break up the grinding of the Vortex and to make the Vortex parts of the canal shine. The orifice is rather unexciting, but the texture is one of my favorites.

Orifice: I have this texture with the vagina orifice. Alexis's labia are nicely spread out and very inviting. They're a little unrealistic (I've never seen any that stay spread like that in real life), but once you enter they look nice. There's not much to see if you flip it over and enter doggy style. The orifice is not nearly as wide open as it looks on the website.

Texture: Entering the toy is nice: resistance from the tightness of the entrance which gives a feeling of relief when the canal opens up. I find this entrance feeling the most realistic part of the toy. The canal itself is relatively wide, which I like. It gives a choice of focusing sensation on the top or bottom of the penis by verying the entrance angle and pressure.

The texture starts right after entering, maybe because thies orifice is deeper than some others. It's not obvious from the pictures, but the texture is triangular in cross section because of the three thick ribs running the long way down the canal. These put pressure on three sides of your penis. The ribs are twisted slowly around the canal, which causes the pressure to twist around your penis. The ribs have dimples, which give a release of the pressure and keeps the twisting feeling from being a continuous one. The result is a realistically smooth canal that gives a gentle squeezeing and releasing feeling.

Conclusion:
The feeling of pushing through the tight entry into the relatively wide canal is one of my favorites. The canal itself gives a really nice sensation.

Background: This was the first sleeve I tried. I ordered it at the same time as Texas Tornado so that I could try one high-intensity sleeve (this one) and one low-intensity sleeve.

Orifice: Stoya's labia are unique, beautiful, and meaty. It's doesn't really show in the images, but the lips are slightly parted like a pair of flower petals. This is one orifice that looks good both when you enter missionary and doggy style. The entrance is relatively tight.

Texture: The texture starts farther into the sleeve than some others I have, too far back to my taste. This gives a tight smooth entrance canal before the texture actually starts, then it turns into a tight canal with small bumps. After the bumps, it opens into a chamber with small fingers, then goes through a tight ring into a longer chamber with fingers which are angled forward. (There is more to the texture that I don't reach.)

The texture is intense starting from the tight bumpy entrance canal. Because this canal is so tight, you feel a lot of intensity from the bumps. Pushing in and out of the tight ring adds another level of intensity. Finally, there are the fingers. Though these look sharp in the cross section images, they actually feel quite gentle, almost feathery. They intensity comes from the points, which give them a small focused contact area. Then, there is really no way to get away from them. They completely surround you and you feel them anytime you move.

Conclusion:
This is not my favorite sleeve, not even in the top half of the ones I own. The orifice is beautiful, but the texture is more intensity than I like.