So, I bought the Launch and tonight I used it for the first time. I just used it in manual mode so I could get used to the controls. Seems a little difficult to change speed and stroke length, so I'll need to play with it more. I got it working but sort of had to guess my way through it. Let me tell you... holy shit it was the most AMAZING flight I've ever had to this day!!! I flew with Lena Paul Nymph, but I don't think the fleshlight really mattered here. It's like fucking a real girl doing her thing on you cow girl style and you just have to sit there and enjoy it. I actually moved myself in and out of her as well and that enhanced the experience too. Thrusting in as she was pulling herself off me, etc. WOW! My mind was blown at how amazing this experience is!! Taking fleshlights to a whole new level this is!!!!

So this ended up being at least a half hour (or more) session, but I didn't necessarily want it to be that long. I was having a difficult time finishing, I almost gave up. I don't quite understand it, most of the time (95% I'd say) I have a difficult time finishing to early. And then on a rare occasion (that 5%) I have a difficult time finishing almost to the point of frustration. I guess I prefer to be more in control knowing I can finish anytime I want. But at any rate, I started with Crush in the Launch and it was a beautiful time (don't get me wrong). I think Dillon is a little on the smoother side (yet still somewhat tight [not overly tight either]) so that's good. I jumped in Crave as well and for a butt, that is pretty smooth too (yet still tight) for the most part. The longer session experience could also have been my lube combination as well as I only used FL Cooling gel. I don't think I felt the textures as much as a result. I also used Gun Oil and Sensuva stuff later towards the end hoping that would help me finish easier. I think the Sunsuva (I may have that exact spelling wrong I'm going off memory) really helps feel the textures better, so I highly recommend. I got a better handle with the Launch this time around as well so that was good. I don't necessarily think it's going to be required for future flights because I stopped using it at one point and that's actually how I finished by not using it. It has a place and its a nice tool, but again it's not required. I had just as much of a good experience during this flight when I wasn't using it. But because Dillion is mostly tight, I think that did help me finish. Had this been a looser sleeve I probably would have been SOL. At that point I would have been running after my Go Surge lol but I only do that as a last resort. 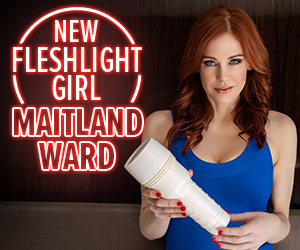