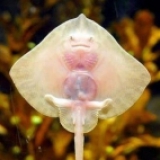 G'day mates. I got my first fleshlight in 2014 and have been hooked ever since. 2020 has been a crazy year for me personally, adding 15 sleeves to my collection. Unfortunately I lost all my fleshlights in March 2020 when my house burnt down but now I'm back with a bang! Pun intended :)

For reference I am uncut 5.8 inches in length and 5.0 inches in girth. I normally use my fleshlights cold with fleshlube.

I own three flight series fleshlights. The Instructor, Pilot and the Aviator. Out of those three, the Instructor is my favorite by far, the Aviator my least favorite and the Pilot lands in the middle. You can check out my reviews for the other two if you're interested.

The texture is based on the Destroya sleeve. It's pretty much a smalller version and like it's original counterpart, it's quite an intense sleeve. I really wanted to like the Pilot. Destroya is one of my favorites however I found the Pilot less pleasurable as the sleeve feels rougher to me and the fleshlight doesn't "glide" as well on me. I think this is due to the different silicone material they use to make the clear sleeves. For this reason I'd have to recommend Instructor if you really wanted a flight series for it's smaller form factor. The Instructor's texture isn't as aggressive as the Pilot and for this reason the clear material isn't as much as a problem with regards to roughness. It still doesn't "glide" as well as the normal skin tone silicone material but it's still pleasurable unlike the Pilot and the Aviator for me.

Fazit:
The Pilot was disappointing for me. Having tried two other flight series fleshlights I would have to recommend the Instructor over this. I believe the clear material is inferior to the original skin tone material so I would look towards the FLG line if the small form factor isn't a consideration for you.

I own three flight series fleshlights. The Instructor, Pilot and the Aviator. Out of those three, the Instructor is my favorite by far. My main complaint about the other two is that their textures are too rough for me to be pleasurable. I've never had trouble with sleeves being too rough with FLG fleshlights. I'm not sure if It has something to do with the clear silicone they use for the flight series. The Aviator was the roughest of them all to the point were I was sore after use. The Pilot is way better in this regard, but it is still slightly too rough for my liking. Enter the Instructor. This sleeve is not rough at all, quite smooth in fact.

While I have to say the experience is generally better from full size fleshlights, the Instructor is pretty pleasurable. This sleeve is very similar to the STU with a small change to the bumps being more spaced out from one another which I think provides more variation to the texture but lowering the intensity slightly to that of the STU.

One advantage the flight series have over full size fleshlights is the design of the case. Obviously it has better portability but also the case provides a better seal which helps deliver more suction. The only downfall here is that you can't stand the fleshlight up on the sloped end cap but that's pretty minor.

Fazit:
My favorite flight series fleshlight out of the three that I own. The instructor is similar to that of the STU, slightly less intense but a much more interesting texture due the bumps being more varied. I would recommend pretty much any FLG series fleshlight over the Instructor and any other flights but it's still quite up there for me. I trade off I'll take when I need something smaller and portable for traveling.

I own three flight series fleshlights. The Instructor, Pilot and the Aviator. Out of those three, the Aviator is my least favorite by far. I find the texture just too rough / abrasive on my member. I use plenty of lube, though after a session with the Aviator my member is rubbed raw and it takes at least a day for me to recover.

Fazit:
I would recommend a full size fleshlight for the best experience but if the flight series interests you because of the smaller form factor I would go with either the Instructor (my favorite out of the 3) for a good all-rounder or the Pilot if you're after something more intense. The Aviator is too rough for me.

Riley Steele's Nipple Alley addresses the main issue I have with the STU, that being the STU is too intense for me as I find I'm only stroking about half the time and taking rests the other half of the time. Nipple Alley is very similar to the STU as you can see from the texture images with the difference being is not as tight and as a result, not as intense as the STU and for me this makes it better in my opinion as you have less "down time" trying to recover from the intensity. I can continuously stroke with Nipple Alley unlike the STU while still edging and training yourself not to finish so quick. A bonus to this, Riley's sleeve has a better appealing orifice so I believe Nipple Alley is a superior sleeve to the STU.

The STU was my second ever sleeve, my first being the original and let me tell you, the STU was a massive upgrade. I never went back to the original after that. The STU is quite an intense sleeve and as a result it takes a lot of practice to alter your stroke speed to not go over the edge, hence all the marketing buzz around this product. The fact that the texture is not varied gives you more control in order to delay your orgasm as there isn't any sudden changes in the texture that may blow your load.

As I mentioned, the sleeve is up there in intensity. Really for me it's too intense as I find I'm only stroking about half the time and taking rests the other half of the time. I have Riley Steele's Nipple Alley and it is very similar to the STU as you can see from the texture images with the difference being is not as tight and as a result, not as intense as the STU and for me this makes it better in my opinion as you have less "down time" trying to recover from the intensity and I can continuously stroke unlike the STU while still edging and training yourself not to finish so quick. A bonus to this, Riley's sleeve has a better appealing orifice so If you're still considering the STU, I would also consider Nipple Alley for the points that I have made here.

I have used the STU as my exclusive masturbator for about 5 years (2012-2017). Around 2017, I started to explore the FLG line and since then, I now own 9 different fleshlight girls and I rate each one above the STU. Since the STU came out, fleshlights have come a long way and their newer textures are far more exotic and exciting so I would have to recommend them over the STU but saying that, the STU is still pretty OK.

Fazit:
I believe Nipple Alley is a better "Stamina Training Unit" for the reasons highlighted in my review however the STU is still a decent sleeve. I just think we're spoiled with better options these days with the newer fleshlight girl textures.

The original fleshlight, the one that started it all. This was my first fleshlight and back in the day it was ground breaking however, fleshlight have come a long way since then and pretty much every full size sleeve that has come after the original fleshlight has been far superior. Looking back now, this sleeve is quite bland, not very intense and severely lacking variation. I could only recommend it to someone who is super sensitive.

Fazit:
An outdated sleeve which was great when it came out however there are hundreds of better options out there now.

I received the fleshskin as a free gift during a fleshlight sale.
It's nowhere near as good as a proper fleshlight and even the flight series in terms of feel of the texture and overall satisfaction though understandable given it's price and small size. My experience with the fleshskin was very similar to that of the quickshot, a bit boring and generally disappointing.
You control the tightness and pressure with your hand and as a result is only slightly more interesting/different than getting off with your hand.

Fazit:
The fleshskin is nothing special. I wouldn't recommend it to anyone.

I received the quickshot boost as a free gift during a fleshlight sale.
It's no where near as good as a proper fleshlight and even the flight series in terms of overall satisfaction though understandable given it's price and small size.
I find it uses more lube than normal fleshlights as it tends to fall out the open end.
Overall it's a bit boring and the novelty wears off after 1-2 uses.

Fazit:
It's small size makes it good for traveling. The fact that it's open ended makes it fun for partner play however for solo play you'll have a better experience with any of the full size flashlights out there.